Bitcoin has reached its lowest level of the year at about $5,610, according to data by CoinMarketCap.

Reasons for the big drop in price vary, with increasing drama and uncertainty over tomorrow’s looming fork of Bitcoin Cash as a factor.

Bitcoin Cash was born about a year ago, led by a group of developers who claim BTC is too slow for everyday use as a currency.

Now, rival factions have emerged within the Bitcoin Cash developer community, with a group led by cryptographer Craig Wright determined to implement changes to the software that’s used to run the Bitcoin Cash blockchain.

More than 47% of the miners who process transactions on the network, from only three of the mining pools, support the version of Bitcoin Cash backed by Wright – Bitcoin Satoshi Version (Bitcoin SV). These are SVPool at 15.6%, Coingeek at 28.6% and Mempool at 3%.

“It’s important to note, that above all, Bitcoin SV, does not introduce anything new that Satoshi Nakamoto did not include in his roadmap for Bitcoin. We would like to see the original implementation restored in it’s entirety, first and foremost. It is a key differentiator of roadmaps between ABC, and Bitcoin SV.” 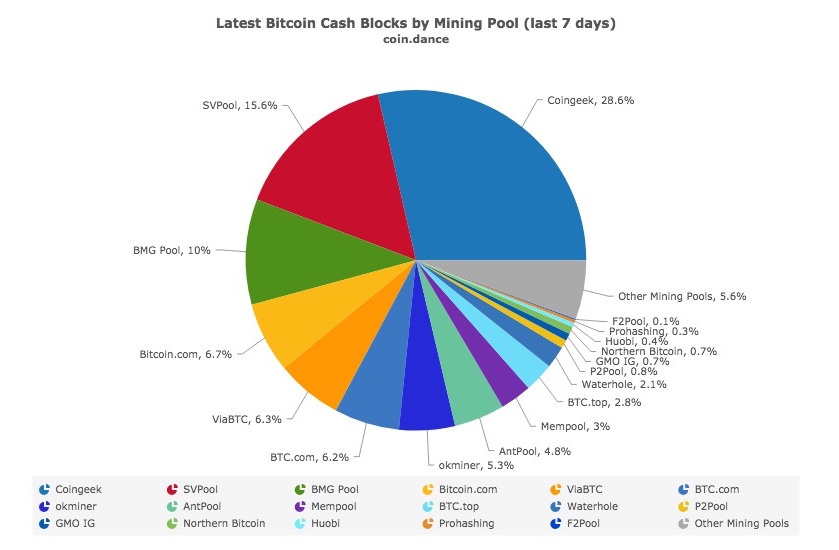 “This is about Coingeek and friends casting their economic vote, in order to protect a vision of Bitcoin that we believe in. That vision, is scalable, workable money for the entire world. The people at Coingeek and myself have worked very hard on this vision. We have poured countless resources and money into sponsorship programs to spread the message of BCH. We have funded, and put money into a variety of projects such as Terab, and Cash Shuffe. We have been donating to charities in an effort of goodwill and BCH promotion. Further, recently, we even announced the winner of a £5 million tokenization project, with a further £1m yet to be awarded to another project in the same area.”

This article was first seen on the Daily Hodl and can be found here: https://dailyhodl.com/2018/11/14/bitcoin-and-crypto-market-tumbles-ethereum-xrp-tron-eos-monero-litecoin-drop-over-13/